Day 3 : Getting Familiar with Male' 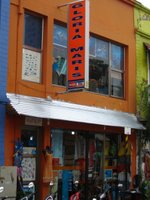 August 28th
I had wondered again into town to get a better orientation of the capital city. I was walking along near the north-west side of the island when I was approached by Shareef, a local merchandise and souvenir retailer at Gloria Maris who promptly gave me a tour of his selection of hand-painted T-shirts, wooden-scalled Dhonis (traditional boats) and a whole barrage of accessories including sharks' tooth and mother-of-pearl. I had no intention to get anything at that point in time, so I decided to scout around for some diving packages...


I then discovered that diving prices in Male' were not cheap. 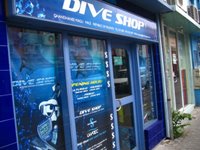 An average dive is around USD50, exclusive of boat rental charges, ranging between USD 12 to USD20 per hour!!!! That did it! I decided to leave the diving package hunt and bargaining to Aindhy and his friends, so, I continued scouring the city when great enthutiasm, thinking of how this small but dynamic little place was starting to grow on me. I mean, people were casual in their ways, unlike Kuala Lumpur. 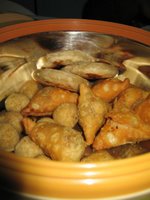 After feeling satisfied and a little hot, I decided to return to Anbuge to wait for Aindhy for lunch. After he left for work, I took a long nap...it had been raining since 11am and the weather was just TOO fine to resist having some good quality slumber...When Aindhy returned, we had a very late tea (about 6pm) at home. Man...it was like dinner... we had some "gulaK" which are these round pastry balls with tuna inside, more Roshi, some triangular looking pastry which looks like a Samosa, but with tuna inside (I forgot what it's called over there). 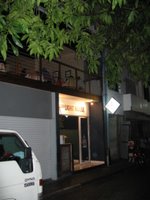 Later, we decided to stroll out in the evening for dinner. We eventually made our way to "the Lighthouse", a small but lovely little restaurant serving pasta and mediterranean food. When I saw 'Nasi Lemak' on the menu, I presumtiously remarked that they served Malaysian food here. Embarrased after I was told by Aindhy that it is a Sri Lankan origin, we only ordered tea and dessert. Aindhy's friend, Afrah joined us for a cuppa soonafter.It became apparent that we overdid the evening tea thing and decided to return to "the Lighthouse" another day for dinner. 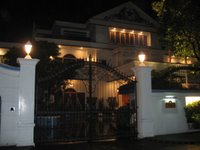 Later that nite, the 3 of us took a stroll to the Presidential Palace, home of the President of the Republic, Maumoon Abdul Gayoom, whose been in power for the last 27 years. There's even an official website for the President (click here). It's the biggest residence in the whole island, but would pale in comparison if one were to take a drive to Kenny Hills in Kuala Lumpur. After taking a good look at the mansion, we continued on to the pier, where I saw the fish market (empty in the nite though) , the MSEX (Maldives Stock Exchange), the President's Office and of course, the President's jetty (No. 1). 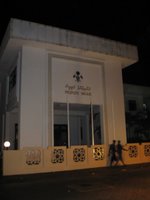 As we continued, Aindhy showed me around some more...
On the left, you can see the "Peoples' Majlis", which basically is Maldives' house of senate. Laws are drafted in the Law Commission of Maldives and later to be debated and passed here...

I learned from Mazlan that lawyers in the Maldives are governed by the Law Society which, incidentally, is not established under statute... it was interesting to talk to Mazlan about practice over there.

I guess it applies to everywhere else. Once you're a foreigner, dive activities will be charged as "international" price. Always good to have someone local to arrange the diving for you, so you won't have to pay the unnecessary extra.

UNLESS THEY PROMISE AN INTERNATIONAL-EXTRA SERVICE!