Hey all, these are some of the pictures I took during Bambi's birthday dinner party on the 27th...check them out!! 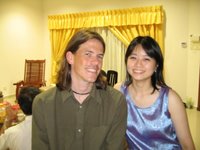 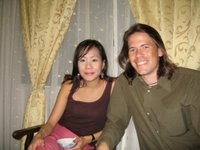 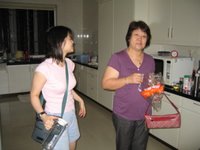 That's Bam with her Aunty Lilian, whom provided the recipe for really good pandan chiffon cake, which Bambi baked for the diner party...she told me that people in NZ called it 'the green cake', much to her disapproval. 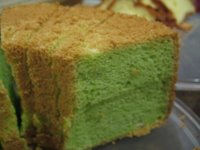 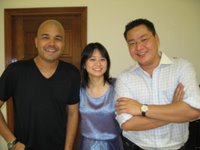 The B-gang members (ask Bam what it's all about in detail...but basically, it's
an antecedent high-school, socially-oriented, non-profit unofficial organization which was conceived spontaneously out of friendship and camaradarie back in 1991...thereabouts ) :

Dayan Selvarajah, Bambi and me. We missJay Win, Jay Kim, Mark Lee and Syamel, the other members of the B-gang. Jay Win's in New Zeland (not to far away from Bambi's place), married with kids. Jay Kim 's in the UK (he was also in New Zealand and is gone to UK for a while to advance his professional qualifications) and I lost touch with Syamel long ago...Those days were great guys and gals. Never would have enjoyed school life without you all around. 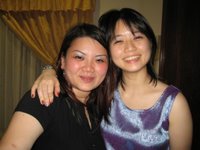 Willie (Dayan's significant other) and Bambi 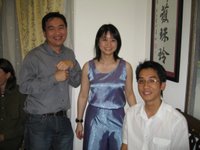 Divers' corner:
Lim Boon Wei, Bambi (discovery diver) and Eric Lee. We missed Kim and Adeline who were with us at Tioman on the 14th to 15th October. You can check out Part 1 and Part 2 of my postings under the title 'Tioman Rendezvous' 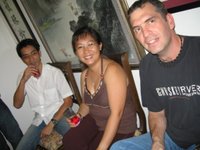 More divers:
Asther Lau, our beloved diving instructor flanked by Eric Lee on the left and Mike Dolan on the right. 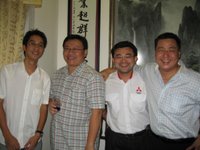 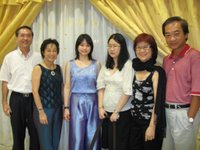 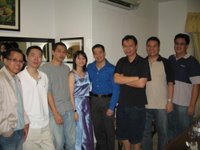 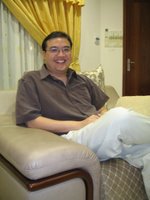 Last but not least, you guys need to check this out (below)...courtesy of yours trully...*he he he*... 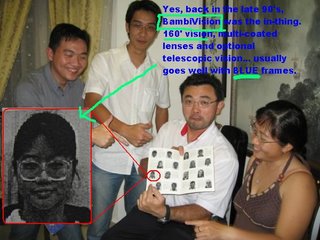